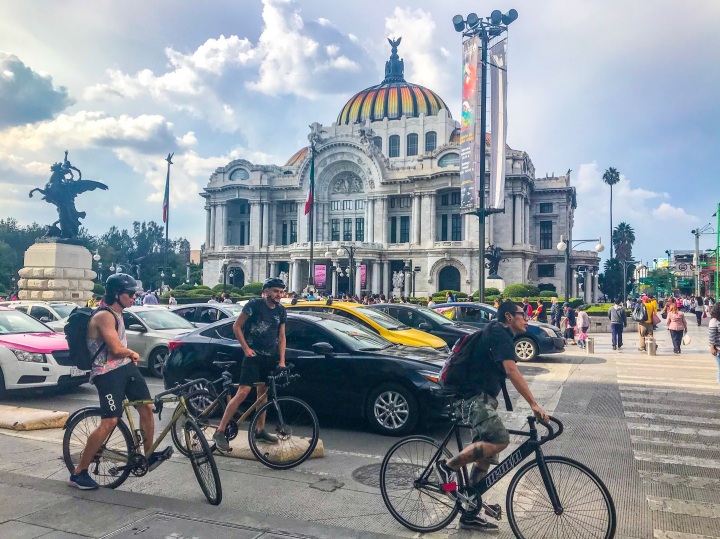 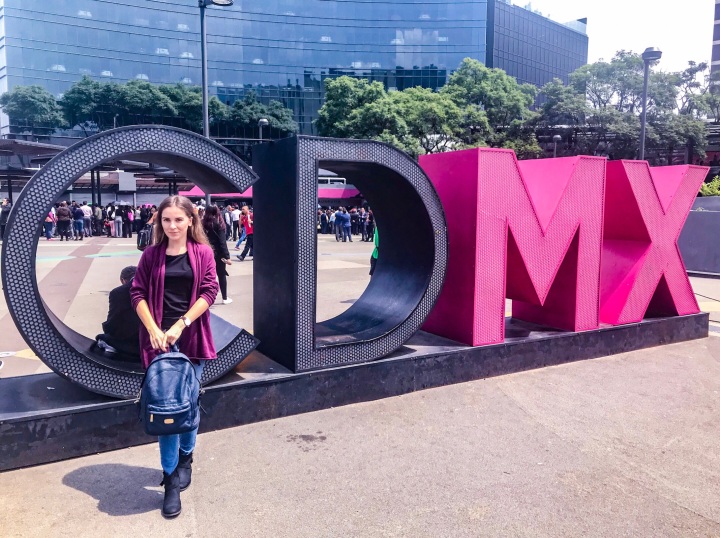 Hello there! If you follow me, you know that I have recently spent a week in Mexico City. And if you don’t, I am going to tell you that this was not my first time in Mexico. I got married and lived there for some time, and now I go back and forth from time to time. Today I decided to share some facts I discovered about Mexico City during the last 5 years.

Depending on the day of the week and season, the timing you spend in Immigration and Customs in the airport varies. And yet, it’s relatively slow, especially if you are a tourist. That being said, I wouldn’t recommend ordering a cab or making any plans while you are in line – you never know how much time it’s gonna take. So, if you see people almost running out of the plane – join them!

You’ve got to know somebody in Mexico City

It doesn’t mean that you cannot do it on your own, but I would totally recommend making friends in Mexico. And it’s not only because you will be introduced to the best things the city has to offer; it’s the best way to stay safe. Usually, locals know the good/bad timing for getting around the city, districts you have to visit/avoid and can take you to places where it’s not recommended to go by yourself like La Merced Market.

It’s dangerous until it’s not

True story: the first time I saw a gun with my own eyes was in Mexico City, the first time I heard the shooting was in Dallas, TX. What am I trying to say here? Mexico City can be dangerous, but it doesn’t mean that something bad will necessarily happen to you. As I mentioned before, having a friend who lives in Mexico City is your biggest advantage. My husband knows most dangerous districts, so we avoid them when visiting. I would also suggest keeping your belongings close to you: the big city has its own rules.

It may be surprising to find out that Mexico’s restaurant called “Bellini” holds the Guinness World Record for the largest revolving restaurant in the world. It is located on the 45th floor of Mexico City’s World Trade Center and serves Mexican and International cuisine. I am not sure if there is a better place for a date night in Mexico City, as the view is spectacular. We have been there several times, and I think that dinner is the best time to come: the sunset and the view are so worth it. How often can you see a plane flying by while you enjoy your meal?

Street food vs food prepared on the street

Mexico City is famous for its variety of delicious street food. People from all over the world come to try the authentic flavors brought by locals from all over the country. However, here is the deal: I would avoid vendors that, for example, chop their veggies on the street instead of bringing them in containers. After all, you never know how much dust will get in your food.

Mexico City is among 10 cities with the biggest parks in the world. And I would like to bring your attention to the largest park in Mexico and America – Chapultepec Park. It is 1695 acres, has a forest, a lake, a zoo, three museums, an ecological site, and large open green spaces.

It’s been over 5 years since my first trip to Mexico City, and yet the rush hour freaks me out. There is no way I would use metro one more time in early mornings and from 5 to 7 p.m. It’s always crowded there, but rush hour is terrifying. If you decide to take a cab, be ready for an hour or two wait until you get to your destination. During our last trip, it took us 55 minutes to arrive to the place that was 7 miles away.

I could write a whole post about the markets in Mexico City. And, if you follow me on Instagram, you can tell that I adore both food and craft markets. I never shop at Walmart in Mexico if I need fresh produce, and I recommend visiting “Mercado de Artesanías de San Juan” if you are looking for good gifts to buy.

I wouldn’t dare to drive a car in Mexico City.

When you meet people that visit Mexico City, all of them will tell you that driving is something that deserves a separate post. No exceptions. You may be the best driver in the world, but drivers in Mexico City follow their own rules that are not to be found anywhere in the USA or Europe.

While Uber is by far the best option to get around the city, and the cab is the most expensive one, metro in Mexico City is still the fastest option out there. It costs one 5 pesos for unlimited rides any time of the day, while one-way ticket, for example, in Berlin, costs €3.40.

Cheesecake Factory, Olive Garden, Applebee’s, Red Lobster, Chilly’s, Dunkin Donuts, T.G.I. Friday’s, Krispy Kreme and many other American Food Chains can be found in Mexico City. I had to mention this as I see so many people get surprised when I say that we sipped $3 Margaritas at Chilly’s and had delicious cheesecake at Cheesecake Factory in Mexico City. You can also read about the difference between all American restaurants in Mexico and USA here.

Thanks for stopping by!

30 thoughts on “Things nobody tells you about Mexico City”

This site uses Akismet to reduce spam. Learn how your comment data is processed.